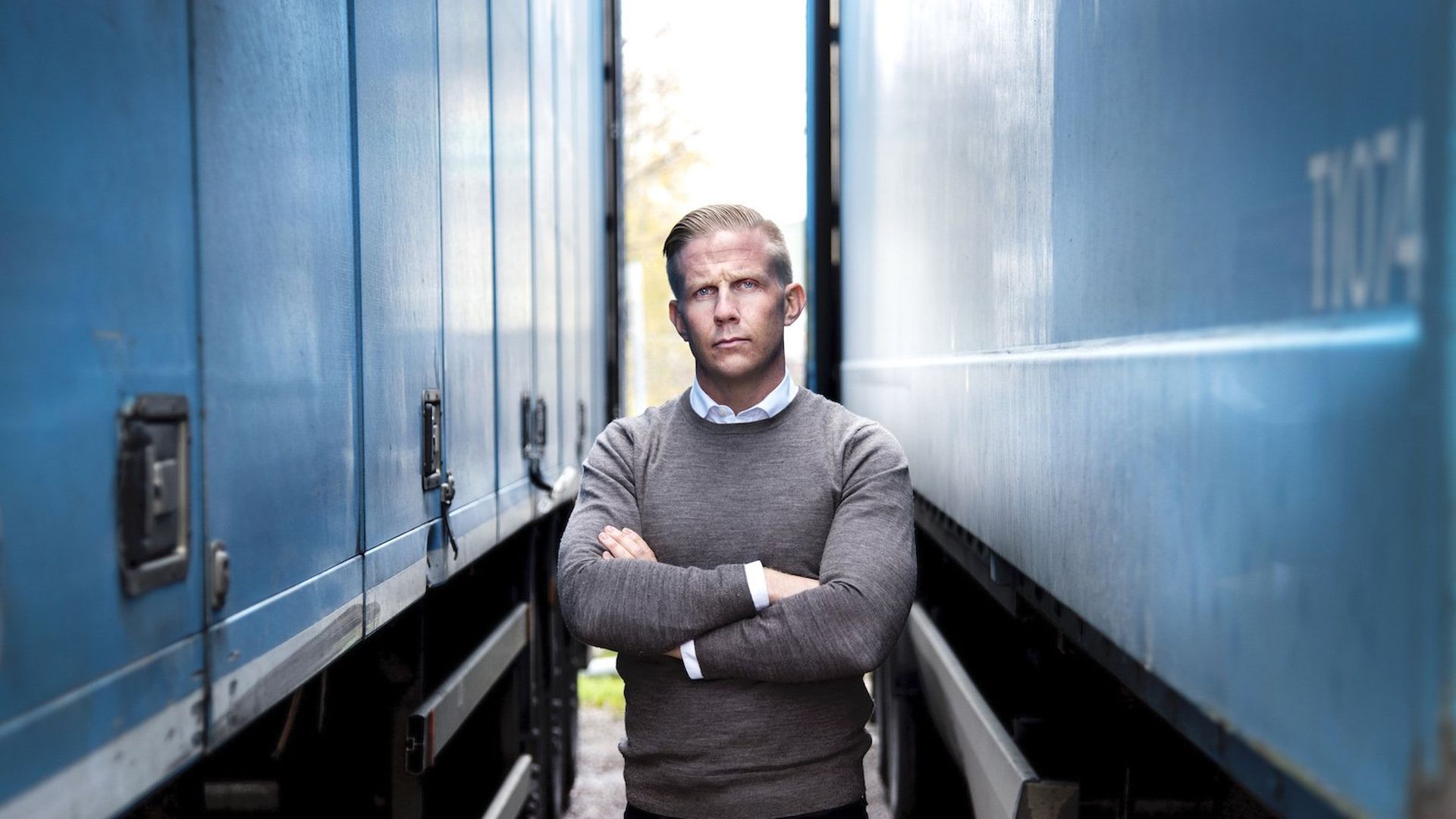 "They will get caught"

How do you break the all-time native advertising record in Sweden? That was the question that stood out in PostNord's brief for this autumn campaign.

For over one-and-a-half-years Spoon and Bonnier News Brand Studio - the innovation and concept department of Bonnier News Sales - together ran a campaign on Expressen.se, one of Sweden’s major newspapers. The campaign became increasingly successful, going from 5,000 page views per article in the spring of 2017, to over 15,000 only a year later, all while the time spent on page increased steadily from 42 to 56 seconds. And all the results of this ongoing campaign showed that PostNord was getting the results they wanted - getting dissatisfied and frustrated PostNord customers to have a more forgiving attitude to the company's work.

But one thing was missing: The icing on the cake! One big story that went beyond the native template and made a remarkable impression. Achieving this became one of the main goals of the upcoming campaign. 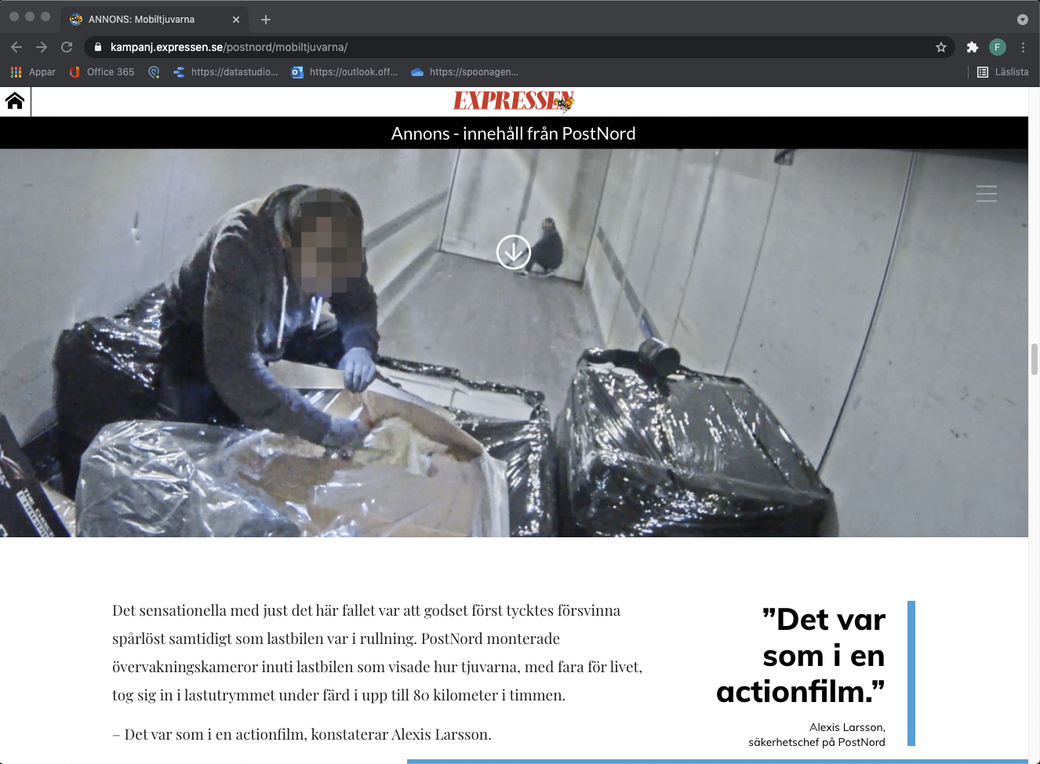 Crime stories had been a recurring feature in PostNord's campaign. It is a topic that is particularly important to the customer (it works as a deterrent, both internally and externally), and partly a topic that is completely in line with other news in a tabloid newspaper such as Expressen.se. But previously Spoon had published these stories as single, regular articles. This time Spoon really wanted to do something that stood out. To succeed, an extraordinary collaboration was required - between PostNord as the customer, Spoon as the content producer and Bonnier News Brand Studio as the publisher/optimizer.

During the summer of 2018, PostNord's security team had noted how mobile phones disappeared during transport between the cities of Stockholm and Örebro in Sweden. It was always the same driver, and he had stopped at a rest stop on several occasions. PostNord put the rest area under surveillance, and after three weeks of reconnaissance, the thief was caught red-handed. Throughout the process, PostNord's security team documented their work. They filmed, took pictures and took notes at the request of Spoon. Spoon then created and told the story of the reconnaissance, arrest and aftermath on a special campaign site - a long read of 2,000 words with accompanying photos and video. In addition to that, Spoon also packaged a number of previous crime stories for those who wanted to read more. The outcome of the campaign surpassed all of the expectations. On the very first weekend after publication the article had nearly 210 000 views on Expressen.se, crushing the page’s average for long reads which was at 27 000 views.

In parallel the reading time/time on page averaged nearly 12 minutes, in comparison with the 3 minutes that are the average for other long reads on the page. By achieving these numbers, we broke the record for native advertising on the platform, both when it comes to views and reading time. Worth mentioning is that the long read was the third most visited article on Expressen.se overall for a period of time.

As a whole, the campaign site contributed to the strong results achieved during the autumn of 2018. Prior to the campaign Spoon feared that the progress of PostNord's native campaign might have reached the end of the road. The negative publications about the company had begun to decline, and PostNord was not generally getting the same negative attention in media. But upon completing the campaign it was clear that our fears were unwarranted. During the period, we had an average of 30,000 page views per article and an average time spent of 1 minute and 12 seconds.

This campaign was awarded the gold medal at the Swedish Content Awards in 2019. Contents of campaign can be found at https://kampanj.expressen.se/postnord/mobiltjuvarna/.

Views on Expressen, crushing their average for long reads at 27 000 views. 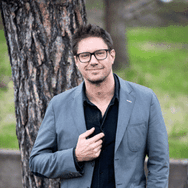 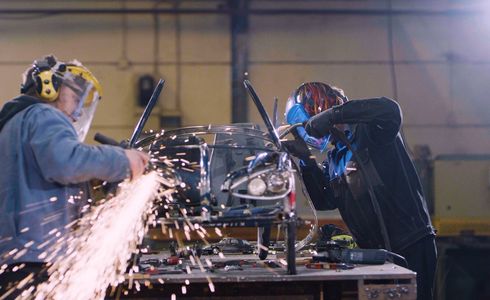 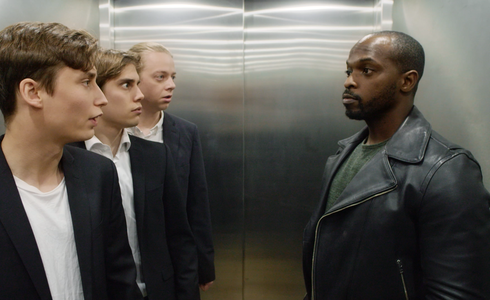 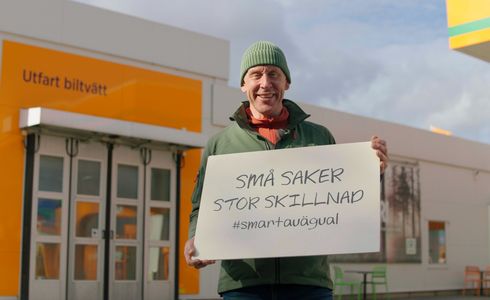